An event every week that begins at 9:00am on Sunday, Monday, Tuesday, Wednesday, Thursday, Friday and Saturday, repeating until 9 June 2019 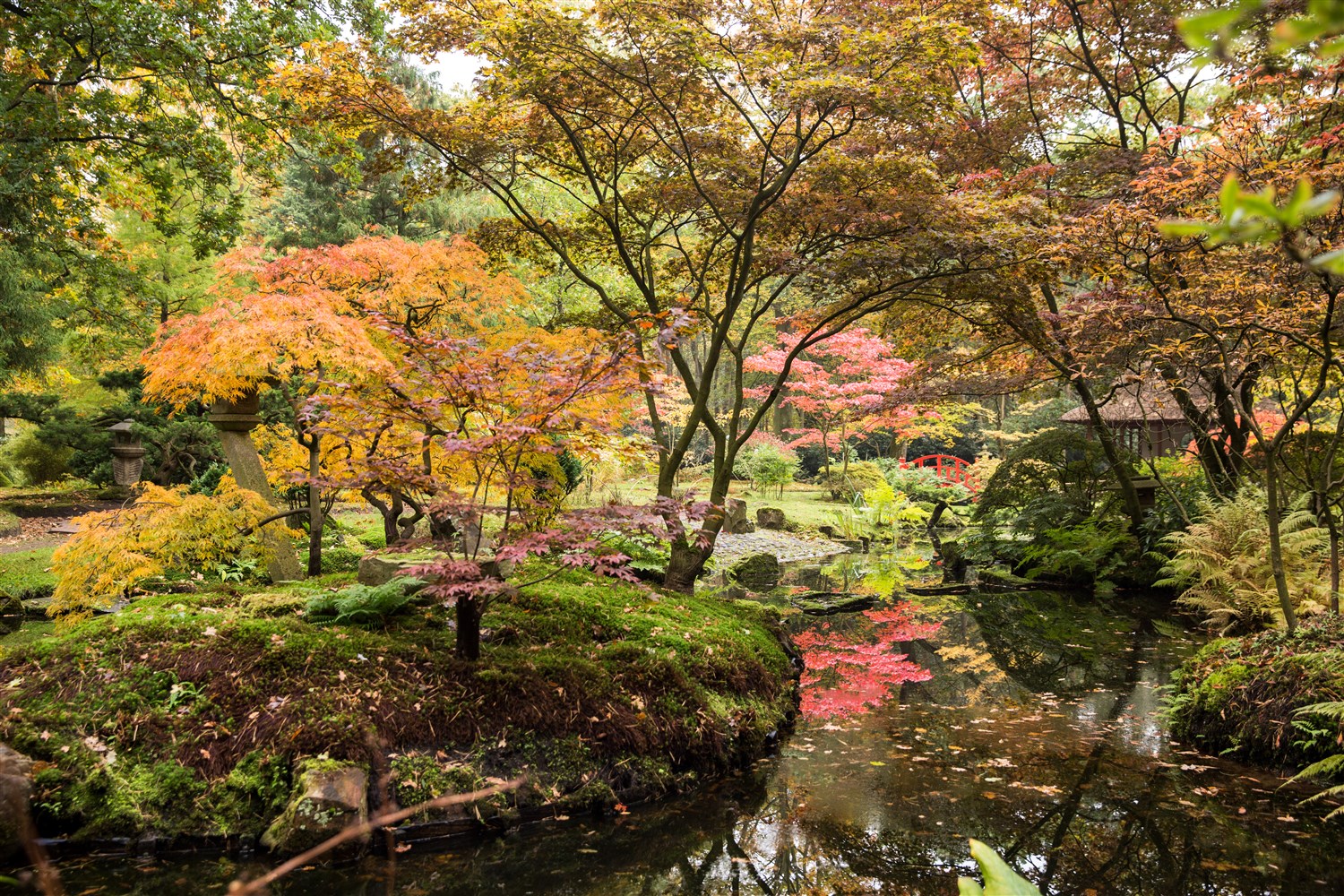 The Japanese garden was founded at the beginning of the 20th century by Clingendael’s owner at the time, Marguerite M. Baroness van Brienen. She was also known as Freule (Lady) Daisy.

Freule Daisy journeyed to Japan several times by boat and brought back stone lanterns, a water cask, various sculptures, little bridges and maybe even the garden’s current pavilion. These artefacts are now on display in the Japanese garden along with relaxing brooks, ponds and remarkable plants.

The Japanese garden has notable historic value, as it is the only one of its kind and age in the Netherlands. Due to the garden’s fragility, it is only open for a total of eight weeks every year. It was declared a national monument in 2001.

About the Clingendael Estate

Clingendael translates to “valley between the dunes”. The estate is located in between The Hague and Wassenaar and can be freely accessed.

You can still see traces of the gardening arts of 1818 in the foliage and design. The combination of nature and culture make it a very pleasant place to amble around, admire the beautiful buildings and gardens, and, weather permitting, have a picnic beside the water.